All You Need Is Love – Nikki Gregoroff

from Yellow Submarine by The Beatles Complete On Ukulele 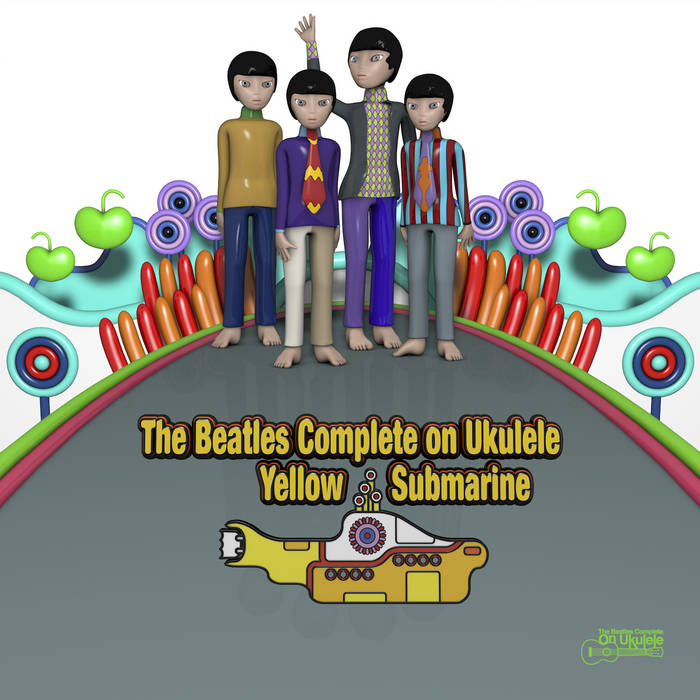 My cantankerous half-brother E.P. Nicolas went on record on this site two weeks ago disapproving of what he sees as the grandiose inflating of trivial personal events by Lennon in his song “The Ballad of John and Yoko,” so I am pleased to be able to redress the balance—and continue a lifelong competition with that pedantic windbag with whom I regrettably share a quarter of my genes– to discuss the irreproachably great piece by Lennon presented on this site this week.

The song stands in a tradition of works intended explicitly as propaganda but which, due to the irrepressibly creative mental habits of the artist, wind up as bona fide works of art despite arguably shallow intentions.

My favorite example is “The Possessed” (sometimes rendered as “The Devils” in English), undertaken by Dostoevsky as a piece of Slavophile propaganda warning Russian readers of the dangers of the proto-Bolshevik movement developing amongst some members of the urban intelligentsia in the 1860s and ‘70’s.

Being Dostoevsky, he couldn’t help himself… before long, purely good and purely evil symbolic characters got complicated, psychologically plausible human ambiguities came increasingly into play, and a magnificent and complicated work of art emerged instead.

The American national anthem places the listener on the deck of a warship amid frightening naval battle imagery and begins and ends intriguingly with questions—‘can you see it?’ and ‘does it yet wave’? Are we vanquished or triumphant? (And can we possibly sing those absurdly high “red glare” notes in the bridge?)

The notorious German filmmaker Riefenstahl had a brief, and a budget, explicitly for promoting the National Socialist agenda, and wound up changing the language of cinema forever, in a work as beautiful as it is appalling and contemptible.

And the Auden poem, which sets out to call European civilization on the carpet for producing Nazism, ends up so ambiguous in its preachiness that Auden himself sought to prevent it from being anthologized in its original version.

Lennon called himself “a revolutionary artist,” maintaining that his songs “Power To the People,” “Give Peace a Chance” and “All You Need Is Love” were intended as propaganda—‘message’ tunes.

And all right, he scored high on the propaganda meter with “Power” and “Peace,” but with “Love” his artistic nature triumphed in spite of himself.

Lennonesque wit begins before the lyric does, with an impudent quote from “La Marseillaise,” perhaps the bloodiest of all national anthems. The verse, mainly in 7/4 time, presents a series of propositions that get odder the more you try to think them through. Lennon’s debt here is more to Lewis Carroll and Edward Lear than to Maxim Gorky and Abbie Hoffman.

It does sort of make sense, there are plenty of things that I can do (that I am logistically able to do) which can’t be done (are not permitted)

The structure of the song is complex. The main body (the verse) is in a 7/4 time signature with two measures of 7/4, one of 8/4, then back to 7/4 with the intro background vocals repeatedly singing "Love, love, love", over the top of which enter Lennon’s lyrics:

By contrast, the chorus is simple: "All you need is love", in 4/4 time repeated against the horn response but, each chorus has only seven measures as opposed to the usual eight, and the seventh is 6/4, then back to the verse in 7/4.

When a hit song is in 7/4 you know something special is going on: “Money” by Pink Floyd, “Solsbury Hill” by Peter Gabriel, and “2+2=5” by Radiohead are on this very short list.

“All You Need Is Love” could not possibly have flowed from McCartney’s pen. Paul told his friend and biographer Barry Miles that because of the relative security and warmth of his upbringing, he did not feel the need explicitly to shout slogans nor to air personal matters in his songs, preferring to disguise the original emotions with the sorts of artifice he prized in predecessors like Cole Porter and Lorenz Hart.

Whereas, Macca observed, John tended to treat his experiences of love and sadness as world-altering discoveries that needed to be broadcast in unalloyed advertisements: “Love is touch! Touch is love!” “I can’t explain/ so much pain/ I could never show it/ My mummy’s dead”- and so on.

And so when given the chance to perform a song on the first live global television link (“Our World,” broadcast via satellite in June 1967), Lennon chose a sentiment as moving and universal as it is untrue: “All You Need Is Love.” This is a sentiment fully dependent on an advanced civilization that enables its members to take basic needs of food and shelter for granted in order to be other than grimly, hilariously incorrect.

But then the magical power of art kicks in.

Because this song exists, even a hardened cynic like myself has a mental companion for life, melodiously reminding him – say, at the sight of his lovely child playing in a fountain, or at the deathbed of his father – that not only can you "learn to be you in time,” but that “it’s easy”—which is what that wonderful saxophone line seems to affirm, every time they sing the hook, and these old eyes well up once again.

As they do when I listen to the understated version by Nikki Gregoroff. The simple but moving ukulele part played by the legendary Ira Siegal begins with a quote from the anthem of Nikki’s birthplace. The sloganeering melts away as she repeats the sentiment that we all wish to be true.

Her songs have bee

n recorded by more artists than this blog allows space for. You have probably heard one of her songs as you watch television or go to the cinema.

But that has nothing to do with her version of “All You Need Is Love”.

There was always music in that cottage. Pub songs, folk songs, Scouse songs and lots of stories about her mum’s childhood in Liverpool during World War II. Street stalls, music halls and bomb shelters. Ration cards, nylons and dock yards all distilled though harmony and rhythm.

Hitler may have redefined the architecture in Liverpool for 60 years but neither his philosophy or his weaponry ever scratched the skin of the Liverpudlian spirit.

In that cottage her mum would transport her back with a piano, a set of spoons and singing… and of course love.

Apparently it’s all you need

Listen to more of Nikki’s work at