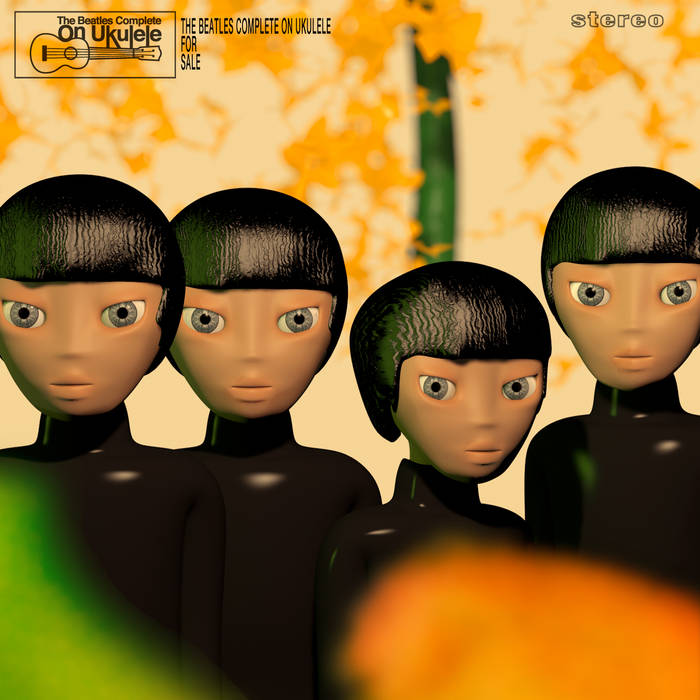 Supposedly written as a contender for the follow up single to “A Hard Day’s Night”, “Every Little Thing” was never going to make it. Far too mature and serious a piece of writing, it eventually found itself buried slap bang in the middle of the already muddled Beatle’s For Sale’s B side, banished into the wilderness like some unfortunate freak of nature, too clever by half and given no succour or support from the superstitious folk who’d spawned it.

Which song became the next single?

“I Feel Fine”, of course. Absolute poptastic brilliance b/w the raw and rockin’crowd pleasin’ “She’s a Woman”. The one after that? “Ticket to Ride”. Proper gilt-edged commercial excellence, ticking all the boxes and ensuring our boy’s continuing reign as popular music’s first family.

But “Every Little Thing”?

This is one of McCartney’s earliest coming of age pieces and one of the many songs he wrote about or for Jane Asher. Taking its enigmatic tone from his previous songs “And I Love Her” and “Things We Said Today”, Paul is striving to write from the deepest recesses of his heart and mind. It’s full of emotional complexity and wonderment, certainly not a complacent, misanthropic ode to woman as slave, more a how lucky am I, what did I do to deserve this (?!) celebration of love.

One of its most notable features is McCartney’s attempt to ignore rhyme. The first verse is devoid of rhyme until its last two lines where Paul seems unable to resist his natural urges and gives us the internal ‘I was lonely without her / Can’t stop thinking about her’ but even then tries to re-establish his discipline by ending the line with ‘now’ instead of employing another word to rhyme with ‘guy’, the last word of line three.

Drifting back into his comfort zone at the start of verse two he finds it necessary to rhyme ‘happy’ with ‘love me’, a half rhyme, I know, but disappointing nonetheless as it would have been easier to have remained true to the structure with a non-rhyme. His decision to loosely rhyme throughout is one of the reasons for the odd tension this song manages to achieve.

Of course, there are all sorts of musical reasons. The melody begins on the third and returns there at the end of each verse, rarely giving us the comfort of home. For all its soaring triumph, the chorus melody is simply stated twice contained over just two chords, holding the A major chord before dropping, warmly but still enigmatically to the G major.

Listen to the descending left hand piano in the fifth/ sixth (and eleventh/twelfth) bar of each verse: dramatic stuff indeed. The drama is completed with the introduction of a simple but effective timpani part doubling the low piano as a motif in the chorus. Never heard before on a Beatle’s track, this orchestral percussion, with all its sonic associations, really nails Paul’s serious intent.

I reckon it’s because of Paul’s striving for gravitas that John ends up singing lead on this song. Where does Paul feel vocally most comfortable on this album? The cutesy of cutesiest I’ll Follow the Sun.

What’s John up to on the same record? Well, “I’m a Loser” and “Mr Moonlight” for two. Real grown up passion. I know Paul belts out “Kansas City” at the close of side one but that’s always felt like a ‘we did this one in Hamburg and we need a quick filler for the new L.P.’ sort of track to me.

No, Paul wanted this one to be special so he decided to go against accepted practice and gave a song he’d written himself to the man he knew would do it most justice. How painful must that have been for dear old Macca?

“Every Little Thing” gave birth to one of the worst Beatles covers ever. Prog Rock dinosaurs “Yes” recorded the song on their self-titled album in 1969. They must have considered it substantial or weighty enough for their proggy appetites. Couldn’t really have seen them choose “She Loves You” or “From Me to You”

It is only 6 1/2 minutes long but it feels like it takes up 5 sides of a double album.

A horrible guitar solo opens the version, keyboard solos and chords that should never be aloud to to be heard outside of Berkley College of Music litter this outrageous abuse of the sonic spectrum.

This really is a "It’s so bad it’s good" record.

When Dave was a wee boy working at the legendary Trident Studios He had the pleasure to work with Yes as they attempted to mix a live album.

It was his gig to operate the Tape Machine. It is sad to report that this is a job that no longer exists.

In great rock’n’roll style "Yes" booked the studio from 11pm till 11am.

The sessions soon took on a regular routine.

1am – 3am: Mild bickering and bitching as each band member attempts to get his part to be the loudest instrument in the mix.

3am-5am: Intense arguing as each band member attempts to get his part to be the loudest instrument in the mix.

5.02am: A band member falls unconscious on sofa.

6am: Breakfast is ordered. That is to say that Dave was sent to Chinatown to find after hour booze. What the band did not know was that Dave had kept several bottles of nasty cheap Romanian vodka downstairs in the tape-store for this very purpose.

He ‘returned’ an hour later with tales of Chinese gangsters, knives and games of Goh, then took a handsome 3,000% profit.

6:18am: The member who was asleep on the sofa picks up a glass of vodka, mistaking it for water, chugs it down and vomits on his rather nice 1970’s designer suit and then falls unconscious again.

7:45 Breakfast is ordered. The remainder of the band devour their fried breakfasts as they talk about how their macrobiotic advisors were overcharging them.

9am-10:30am. Members either pass out or stagger off home.

Not surprisingly this "live" album never came out.

The ukulele version is a much more pleasant affair. We present a cracking new version by the mysterious Matt Backer. Matt, a fully qualified and accredited sorcerer, is also known by his Wiccan name Back Matta.

As a boy he would be sent into a trance whenever he heard Jeepster by T Rex.

Prior to recording his version of “Every Little Thing”, Matt melted down a Veleno guitar previously owned by Marc Bolan and refashioned it into 389 tiny statues of his hero. This was exactly the number of Lunar Months that Marc spent in this realm. Marc’s spirit was then summoned to the studio to bless the recording and enter Matt’s body as he played guitar.

The results speak for themselves.

And let us not forget the great JFK on drums.

Jim Kimberly, when he first arrived in New York was surprised to find that they had named an airport after him.

Matt Backer is half Human, half Vulcan, and vows to use his powers for good.

Produced by David Barratt The Abattoir Of Good Taste Brooklyn from recordings made by Matt Backer in London.
Mixed at The Abattoir Mobile on the beach in San Diego.

Essay and more info at:
thebeatlescompleteonukulele.com/2011/01/103-every-little-thing-matt-backer/