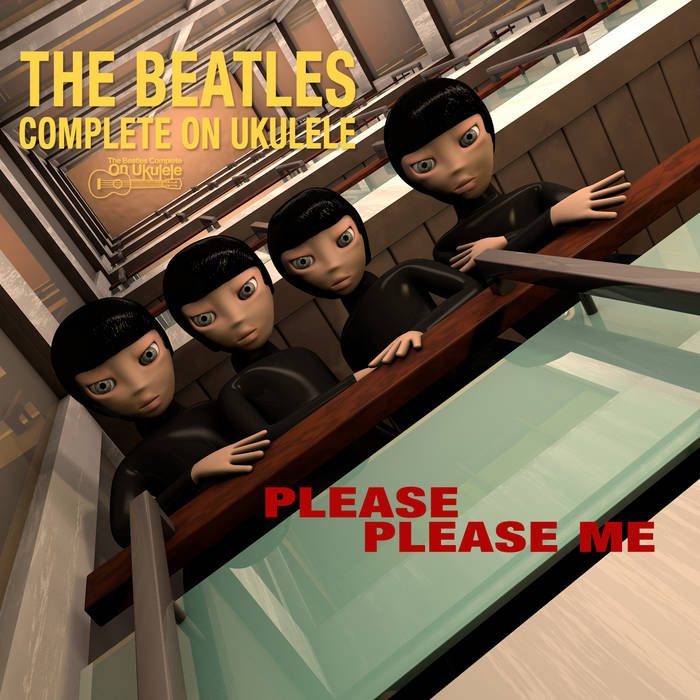 Due to George Martin having to sneak away to consummate his affair with Lady Regina Kray at The Dorchester Hotel on a beautiful late summer afternoon in 1962, the job of producing “P.S. I Love” You” was given to another, less talented, less well endowed, staff producer at EMI.

Ron Richards was a jobs-worth at EMI. He had worked unsuccessfully as a plugger and publisher, yet still somehow still found himself with a job as a staff producer at EMI.

He was way out of his depth.

Ron told the naive man/boys from Liverpool that “P.S. I Love You” could never be an ‘A Side’ of a Beatles record because someone had already recorded a song with the same title and it would leave EMI open to litigation.

He was referring to a 1934 song by Gordon Jenkins and Johnny Mercer, originally recorded by Rudy Vallée.

Mr Richards was of course wrong. Other titles having been used for multiple hit songs without legal difficulties.

More confusion reigned because George Martin had booked session drummer Andy White as a replacement for Pete Best, whom he considered not technically good enough for recording purposes. Due to a lack of communication between Brian Epstien and Martin, the producer was not aware that Best had been let go and replaced by Ringo Starr.

Needless to say there was an air of embarrassment in the air of Studio2 as Ringo played percussion on the track while Mr. White clattered away with professional incompetence on the hired Abbey Road kit.

But let us go back a couple of years earlier.

This is another song written by Paul at his father’s house on Forthlin Road.

Paul was a huge fan of Buddy Holly — such a fan that he bought Buddy’s publishing catalog a couple of years later — and this song is his love letter to Buddy’s skill. The tight melodic construction is pure Holly. It could even be argued that the “PS” stands for Buddy Holly’s most iconic tune “Peggy Sue”.

The writing is perfect – the recording and mastering is well…

Should you listen to the super-dooper porno-quality high-unfidelity Beatles Box set version of “P.S. I Love You”, do not think for a minute you are listening to the original master tape.

The original master Of PSILU was destroyed due to Abbey Road Studios policy of erasing the original two-track session tape for singles once they had been "mixed down" to the monaural master tape used to press records.

The Ukulele version of “P.S. I Love You” is performed by “The Orson Welles Of Steampunk” – the 79 year old recluse: Mr Sherwin Sleeves.

Sherwin’s vocals are tracked at his cabin in rural New Hampshire.
The music recorded by the masterful and vicious Roy Harter in his Penthouse Studio overlooking Times Square in New York City.

Harter has been known to brutally beat musicians with severed microphone cables fashioned into whips to get a performance that meets his incredible and random high standards.

During this session (which I watched via Roy’s live Cruel Cam ™, I saw Mr Harter flay the back of legendary master-pianist (MP) Phillip Johnstone until it resembled three day old rotting carcass of beef left in the desert.

When Harter was done with Johnstone, squealing with pain and pleasure on the floor, he took to the piano and humiliated Johnstone further by playing the part flawlessly in one take with a smirk on his face.

Some may say that Harter’s methods are overly severe.

Roy says:
“Listen to the recording and stop your whining you pathetic little bitch.”

At the age of 4, Sherwin Sleeves found a piano abandoned in the woods behind his family’s house. For the first 30 years of his life, he played on such instruments, removed a step or two from clear ownership. Some abandoned in the woods, some in schools, clubs, hotels. Wherever he could find them.

Now 79 and dubbed the “Orson Welles of the Steampunk movement” Sherwin lives with a spoon, a chair, a bowl, a pot, and a hand towel in a crooked cabin on top of Marked Mountain in Lemon, New Hampshire.

As he remembers, his primary reason for moving in, was that the cabin had a spoon, a chair, a bowl, a pot, a hand towel…and a dusty, but still quite winning, upright piano.

These days Sherwin writes stories chronicling his small adventures in Lemon with accompanying songs that complement his stories. Together, music and narrative combine to form his award-winning podcast “Atoms, Motion & the Void”, which has been heard nationally on Public and Satellite Radio. Sherwin has also turned his stories into highly successful one-man musical plays.

Together, with the equally enigmatic, New York City music producer Roy Harter, he is one half of the band “Sadtapes”.

Though the best of friends after six months of hard work together, Roy and Sherwin have never met.

Nor have they ever spoken.

Neither will they ever.

This is what makes “Sadtapes” so sad.

Watching over the proceedings: David Barratt

For essay and more info:
thebeatlescompleteonukulele.com/2012/04/169-p-s-i-love-you-sherwin-sleeves/